The Mystery of the Flower of Life 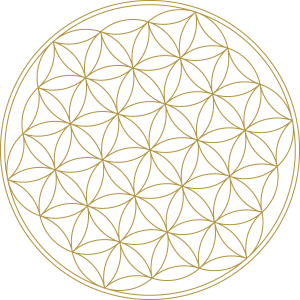 is a symbol originating from sacred geometry, which contains all the essential building blocks of the universe that we call the Platonic solids. It located in all parts of the world and appears in all religions and various ancient civilizations. It is a universal symbol depicting the creation of all existence.

“Seven spheres, seven days of creation, seven notes, seven colours, seven layers of muscle in the heart, seven chakras, seven endocrine glands. This geometric pattern is repeated infinitely times. It is the basis of all life. Thanks to it flowers bloom in Nature and an originally single cell arises into two, four, six or eight. The human body or a galaxy is formed on the same basis. By multiplying the original eternal spiral, new spheres are created. In the third round, 19 spheres are done and with them the Flower of Life. This pattern takes the form of a flower, and it is an eternal process. It includes musical harmony, the range of lights, and the growth pattern of all living tissues. Each sphere has the same opportunity to develop as the original sphere. Therefore, the Flower of Life creates the Fruit of Life, which can fold its own flower. Within each sphere five Platonic solids, the union of male and female energy, direct or curved lines, two geometric matrices, which are the basis for everything real, are included. “ (From documentary “El Ojo de Horus)

The Flower of Life is created out of one circle symbolizing universal consciousness/source/existence, which is in a state of unity. Consciousness without a beginning or end, existing eternally, perfect in shape and symmetry. 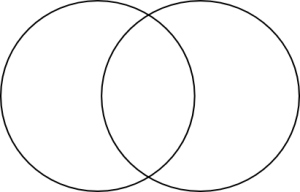 The next step is the division of one sphere into two that intersect in the middle, representing the evolution of unity into duality. This symbol is called Vesica piscis .

At this moment, the consciousness is no longer single, but divided into two perspectives. The space pervading between both of the spheres represents creation, particularly the co-creation, when two perspectives meet to create something new. The Flower thus evolves into all sides and directions. 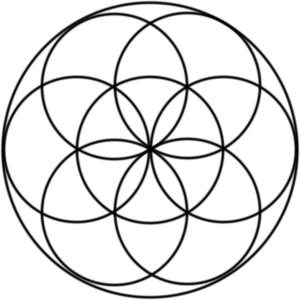 The first and basic flower is called the Seed of Life, a symbol originating from Genesis – 7 circles arising from Vesica piscis showing 7 days of creation of the universe in which we live.

How can I use the Flower of Life?

The Flower of Life, in its geometrically exact form, is a life energy emitter surroundings harmonizer. It is suitable, for example, for a bottle of water, a place where you relax, notebooks, mobile phone radiation jammers and other equipment, etc. It is also a visually beautiful symbol that reminds us constantly of the interconnectedness of everything with everything. You can purchase Flower of Life stickers in gold in our e-shop.

If you are looking for more information, I recommend a Nassim Haramein lecture.

What are you looking for?

When you visit any web site, it may store or retrieve information on your browser, mostly in the form of cookies. Control your personal Cookie Services here.

Necessary Marketing Centrum soukromí ZÁSADY OCHRANY OSOBNÍCH ÚDAJŮ Politika cookies
These cookies are necessary for the website to function and cannot be switched off in our systems.
Technical Cookies
In order to use this website we use the following technically required cookies
WooCommerce
We use WooCommerce as a shopping system. For cart and order processing 2 cookies will be stored. This cookies are strictly necessary and can not be turned off.
These cookies are set through our site by our advertising partners.
Google Tag Manager
We use Google Tag Manager to monitor our traffic and to help us AB test new features.
Facebook Pixel
Facebook využíváme k remarketingu. Pro vypnutí facebook cookies je nutné vypnout Google Tag Manger o řádek výš. Pokud chcete spravovat vaše reklamy na facebooku navštivte https://www.facebook.com/ads/preferences/ .
Decline all Services
Accept all Services